Laos, otherwise known formally as Lao People’s Democratic Republic, is located in Southeast Asia between Cambodia, Vietnam and Thailand. Its landscapes mostly consist of mountains and thick forests. Laos has a tropical climate with an annual rainy season that begins in May and ends in October. The chilly season would then begin from November through February with dry seasons commencing on March and then ends in April. The Laos currency is the Laotian Kip, which is 8617.95 in 1 USD within press time.

Being one of the landlocked Southeast Asian countries, it is excluded from the world outside their borders for quite a while. Should you visit Laos, you’ll be hit with the wave of feeling as if you’re traveling back in time. Airports in Laos are scattered across the country such as Wattay International Airport, Luang Prabang International Airport and Louang Namtha Airport. If your trip starts at John Wayne Airport try airport covered parking.

They would allow you to travel through their hospitable nation with ease. They guarantee beautiful landscapes as you travel from one regional airport to another.

Mekong River stretches from China, Myanmar, Thailand, Vietnam, Cambodia and of course, Laos. Considered the seventh longest river in Asian territories and the twelfth of the world, it has become a tourist attraction over the years. If you visit the Mekong, you’d behold the gorgeous sight of the mountains.

Kuang Si Falls is one of the most beautiful tourist attractions in Laos that is often paired with the Mekong as a must-see and rightfully so, because of its vivid turquoise hue in its waters, it certainly makes you feel like you’re transported into a fantasy world with the tall green trees of their warm jungle.

Many countries have unspoken rules and etiquettes. For example, Singapore takes littering very seriously. It is only natural Laos has strict regulations because of their culture. The following Laos travel warnings should be avoided at all cost:

1. Laos is a conservative country so if you plan on taking a swim in Mekong River, you should avoid wearing skimpy bikinis and resort to t-shirts and shorts. If you are going to put on a bikini, keep those judgmental glares away by wrapping yourself in a sarong.

2. Laos has a lot of monks and it’s prohibited to touch one of them, especially if you’re a woman. You have to be cautious when it comes to brushing past a monk, touching them by accident and you cannot hand over something directly. If you wish to pass something to them, pass it over to a male intercessor.

3. Keep valuables in your pockets. This is a general rule we all have in whatever country you visit but it is reported that the country has a high rate of pickpockets.

4. They’re appreciative of polite smiles and curtly nods but however they are not keen on people being touched by your feet (I mean, no one does, let’s be honest) and you should not raise your voice in public, as they’re considered impolite. It’s also advised that you should not argue with their police and be in a rush because Laotians think that kind of behavior is unacceptable.

5. Many Western countries are very open about their romance but Laos, along with many Asian countries, so Public Display of Affection (aka PDA) is an absolute no. To hug or to kiss publicly is something they loathe. It is also against the law of Laos to engage sexual activity outside the bounds of marriage, may should it be heterosexual or LGBTQ+. 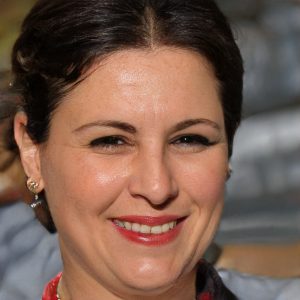